I might still crosspost in the future, but I’ve been updating my reading round-ups at my LiveJournal instead, and am in the process of crossposting my blog posts there. It just makes more sense to me right now, because editing on WordPress is annoying me and making me not post the stuff I’ve been working on 🙂

If/when I finally continue with my DWJ reread, I’ll continue adding the links to those posts to the main Reread page!

END_OF_DOCUMENT_TOKEN_TO_BE_REPLACED

“Our town has a witch. She fed her eye to the devil. She eats roadkill and cast spells with the bones…” – Snapdragon, Kat Leyh 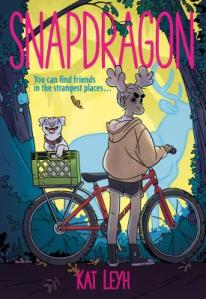 I don’t read a lot of MG, but when I do, they’re always so well-crafted and AMAZING and it makes me wonder if I’m just very lucky with my reads so far. Snapdragon is a middle grade comic that is so good that I’m annoying some of our children’s section staff by changing around our April anniversary promotion so that I could include it in, and feature it in our store catalog.

In this comic, a young girl named Snapdragon discovers that her town witch, Jacks, is really just an old lady who sells the skeletons of roadkill online. Snap doesn’t get along with most of the kids at school, but somehow she likes Jacks just fine, and they make a deal – Jacks will teach her how to take care of the litter of baby opossums Snap rescued, and in return, Snap will help Jacks with her work. The more time they spend together, though, the more Snap begins to realise that Jacks might be a real witch after all. END_OF_DOCUMENT_TOKEN_TO_BE_REPLACED

“Who said confusion is a bad thing? I have found that confusion can be a very good thing. Often you have to fall into the blackness of utter confusion before you can emerge to see even the smallest glimmer of the truth. My heartfelt wish is that you read these books and are thrown into a complete tailspin of befuddlement.” – The Black Witch, Laurie Forest 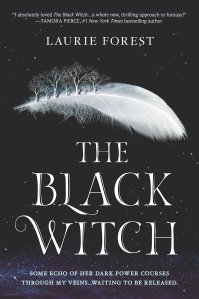 I was interested in The Black Witch before all the accusations about it came out (and if you haven’t heard of the controversy regarding this title, you can probably google it.) I’m an avid fantasy reader, and one thing that always bugged me about high fantasy was the way different races were written about. From Lord of the Rings to the Drizzt stories, non-human races were usually portrayed as monoliths – all elves act like this, and all goblins are like that, and so on. END_OF_DOCUMENT_TOKEN_TO_BE_REPLACED

END_OF_DOCUMENT_TOKEN_TO_BE_REPLACED

“Good!” said the Prince. “Good.” To Cecelia he sounded quite murderous. He stared at Alex in a dreadful, satisfied way, which turned Cecelia cold and faint. Alex stared back, admiring that black eye, cocking his head sideways, almost as if he had painted it on the Prince’s face with the finest of brushes. 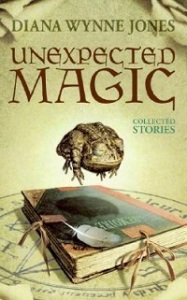 Everard’s Ride is a novella written in 1966 but published in 1995, in a 1000-copy limited edition volume by NESFA Press for a conference where she was a guest of honour. Of course, I do not own this volume. Thankfully it was later reprinted in Unexpected Magic (2004), which I appreciate, although it doesn’t seem to quite fit in the collection, as the rest of the collection were all short stories.

The story is about Alex and Cecilia Hornby, two siblings in Victorian England whose lives changed when a stranger came to their house for shelter one night. END_OF_DOCUMENT_TOKEN_TO_BE_REPLACED

This book was in my TBR because I was expecting a cute fluffy romcom as well. It’s a romcom, and it’s kind of cute, but not really that fluffy? I’d give it a solid three stars.

The main character, Lou (Elouise), struck me as extremely annoying at first. I felt bad for her because she got stuck with the hot dog costume for the second year in a row at Magic Castle Playland, when she applied to be the princess. I felt bad for her because Magic Castle Playland was an important place for her, growing up, and it was closing down.

I felt bad for her because Nick, the guy she’d been crushing on for a long time, was dating the princess of Magic Castle Playland. But when she started to drag her best friend Seeley into a scheme to (1) break Nick up with his girlfriend and have him fall for her, and (2) keep the castle running despite the owner’s insistence that he had made up his mind? I don’t know – I guess once upon a time I used to find these things fun to read/watch, but not anymore.

These days I just got annoyed, especially when Seeley was one of the coolest characters I’ve read about lately and Lou’s scheme involved pretending she and Seeley were together which (1) doesn’t make sense, and (2) plays to the stereotype that bisexual girls only date girls to get boys’ attention? Fortunately, Seeley was cool enough that I read on, and the more I did the more I got to know Lou, who turned out to be more complex and interesting than I originally gave her credit for. And in turn, as she got to know Nick better, she began to realise that he was more complex a person than the ideal she had in her head, and that she was really in love with Seeley. Yay!

This book wasn’t quite what I expected it to be, but since it’s about how people may not be who we expect them to be, I thought that it was kinda apt.

tl;dr: This book is cute fluffy romcom, and not much else, which puts it in the “okay, fun” category for me now but I probably would’ve loved as a teen.

My copy: I received an ARC of this book from PRH International for work.